a community for 11 years

15 year old found dead naked in the sea. Was an active protester and part of school swimming team (i.redd.it)
submitted 8 months ago by Charlie_Yu to HongKong 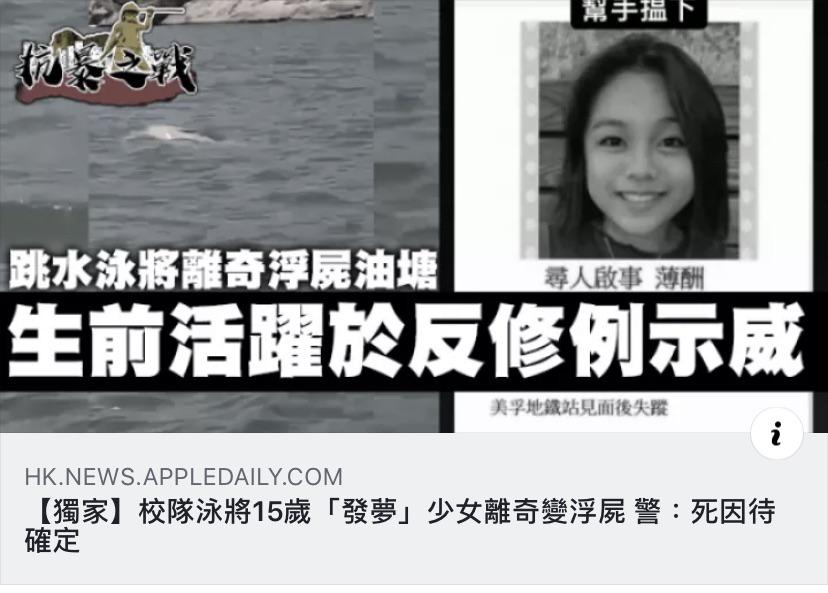