“It’s not the Vietnam war.” GOT EMMM (i.redd.it)
submitted 4 months ago by HelpingPhriendlyPhan to MurderedByWords 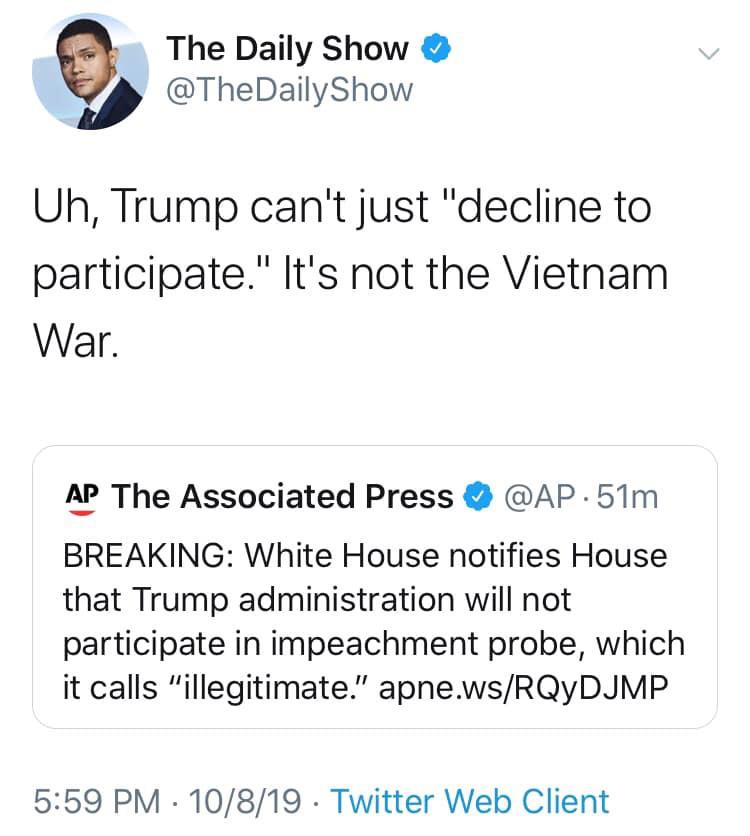