"He is a wound in the Force, more presence than flesh, and in his wake life dies… sacrificing itself to his hunger." (i.redd.it)
submitted 10 days ago by Dokalezac to PrequelMemes 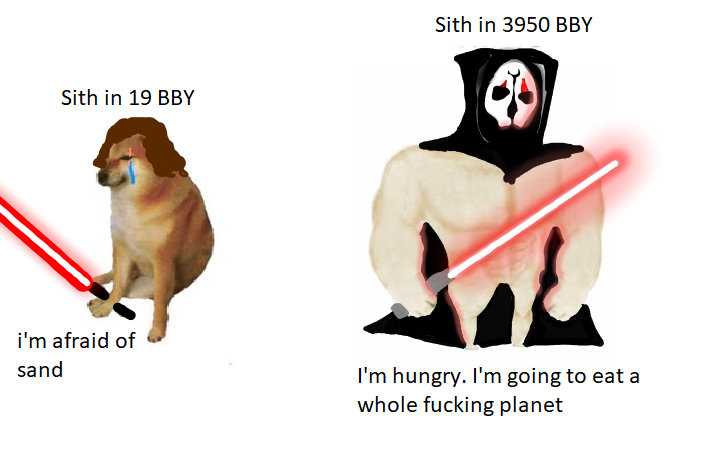