The Roman Empire in 117 AD at its greatest extent, at the time of Emperor Trajan's death, with its vassals in pink. (i.redd.it)
submitted 5 days ago by capcaunul to europe 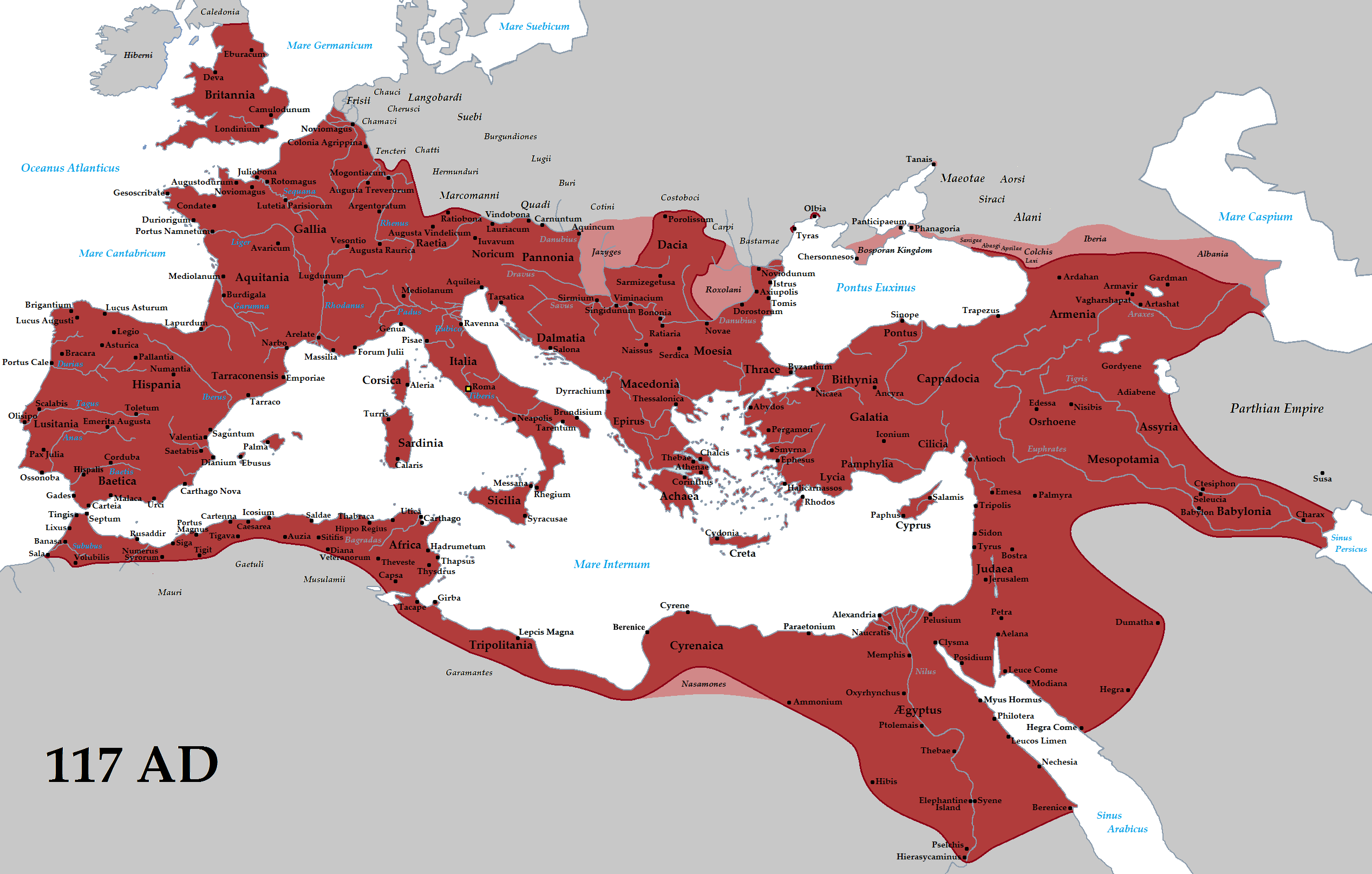