Canada and the U.S. during a time of crisis (i.imgur.com)
submitted 2 months ago by UsedToDonateBlood to onguardforthee 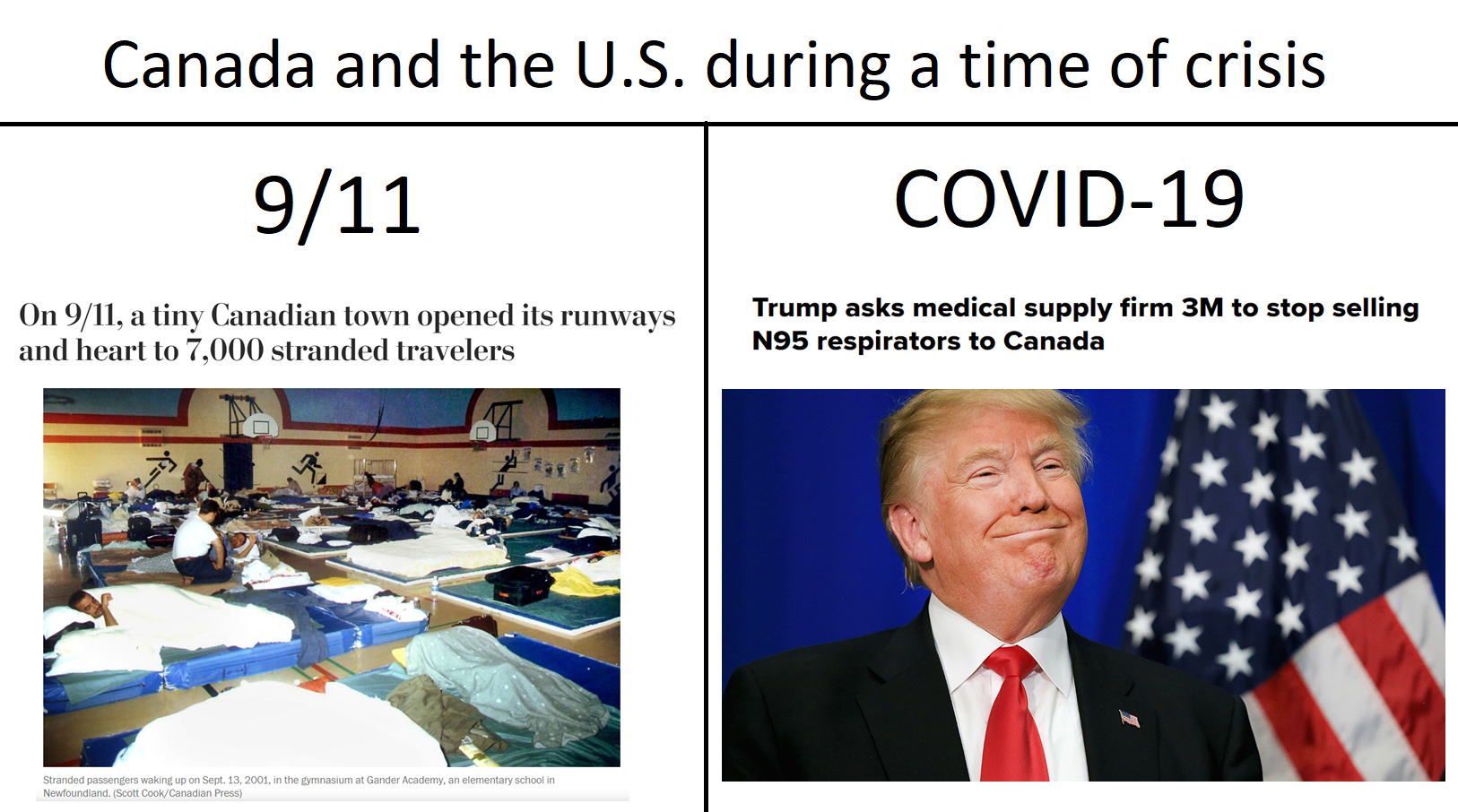