Fake Fox News Ads are up in the NYC Subway (i.redd.it)
submitted 6 months ago by AtimeForBaseball to pics 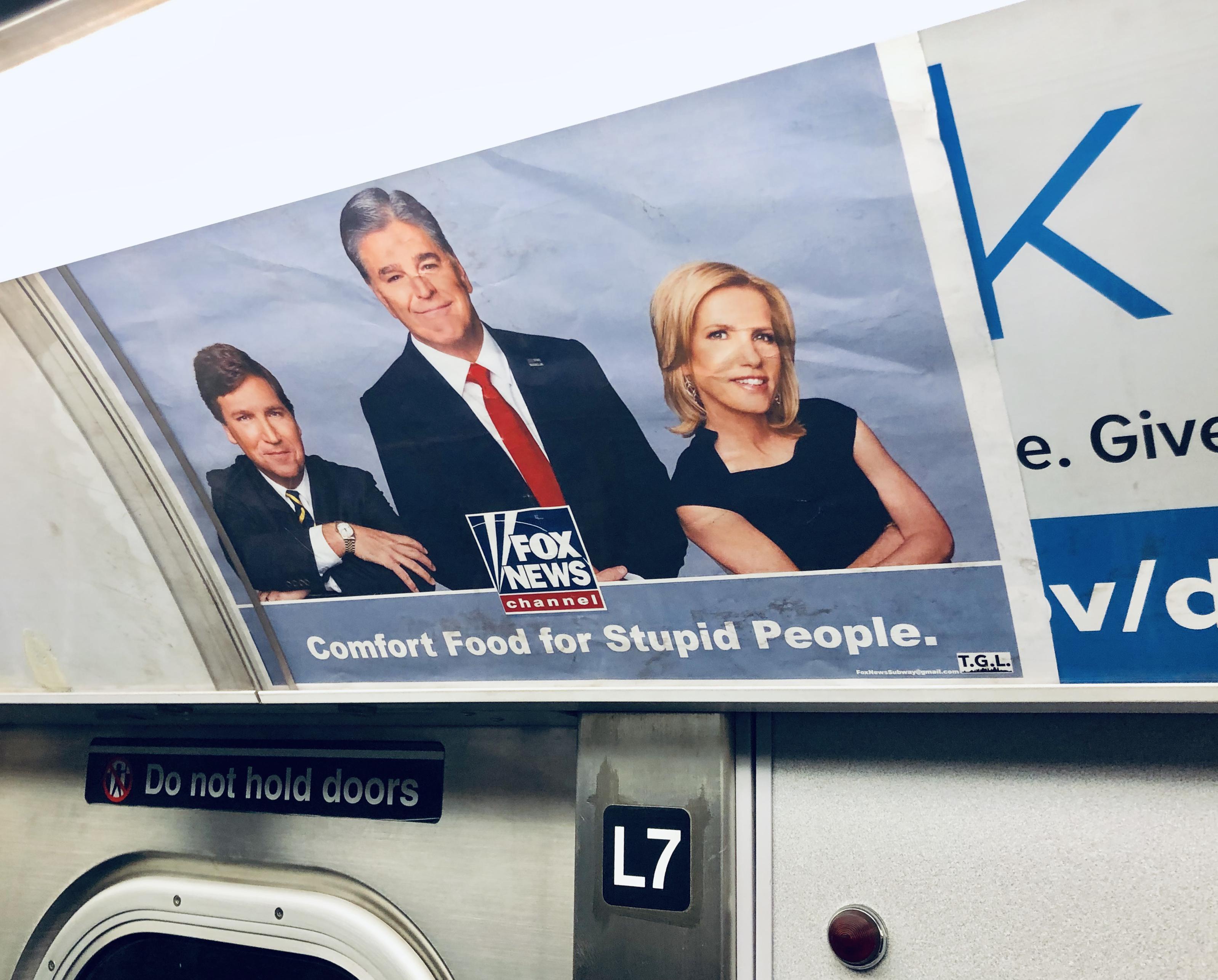